I have done research in several information technology related areas during the past years, currently I am mostly working on areas related to data analysis and knowledge representation like knowledge graph embedding, scalable hierarchical clustering, prototype-based ontologies, ontology matching, and knowledge evolution.

Below, some more details about my past research and references to publications. The released software related to my research can be found from the Software page.

A complete list of publications can be found from the Publications page.

Most Machine Learning algorithms and models assume that the features of training samples (data points) can be represented as vectors. Knowledge Graphs contain a lot of information which would be useful for training these models. However, these graphs cannot be straightforwardly transformed into vectors suitable for machine learning.

Many commonly used data-mining techniques utilized across research fields perform poorly when used for large data sets. Sequential agglomerative hierarchical non-overlapping clustering is one technique for which the algorithms’ scaling properties prohibit clustering of a large amount of items. Besides the quadratic time complexity, these algorithms have also a quadratic space complexity, rendering them infeasible for large datasets.

I am working on more scalable, often approximate algorithms which can be used to cluster large amounts of data.

Traditionally knowledge bases are designed with a distinction between classes and instances. This, however, leads to several problems, especially in the semantic web where knowledge is meant to be shared and connected. First, it is sometimes very hard to tell whether an entity is an instance or a class. For example, in an ontology describing the domain of vehicles, a Ford model T can be seen as an instance. However, when creating an ontology for a collection of rare cars, Ford model T would be a class. Second, the way ontologies and instances are created does not enable reuse in the sense that an existing definition can be reused multiple times. Prototype-based ontologies solves these problems by having only sort of instances (everything is a prototype) and allowing reuse of prototype definitions.

When coping with a large transaction database, it is often interesting to know what kind of patters are frequently occurring. Besides, it is useful if these patterns are maximal, i.e., there are no larger patterns which also occur frequently. In this research we investigated the use of Apache Spark to implement a scalable frequent maximal pattern mining approach.

I worked on a Scalable approach for string based ontology matching. The main idea is to use approximate nearest neighbor approaches, known from information retrieval research in the matching process.

Knowledge Evolution is the fact that knowledge changes over time. This is necessary to accommodate changes in the real world.

A common way to encode knowledge is by creating Knowledge Bases (based on some sort of ontology) in which one often distinguishes between the ABox (Assertional knowledge - the data) and TBox (Terminological knowledge - schema or description of the structure the data).

In our work we investigated the creation of a knowledge ecosystem in which artificial knowledge organisms consume the knowledge in the environment. These organisms are then capable of updating their Terminological knowledge if they notice significant changes in the Assertional Knowledge. The core idea behind the Ecosystem is that

Starting from this idea, we derived that we could model the knowledge evolution inside the system using ideas from natural evolution. One example is that knowledge which is more fit for its environment, has a higher chance to survive as less fit knowledge.

We also proposed some initial ideas about handling streams of tokens arriving at high rate and altogether representing a huge amount of data.

The Sleeping Cell problem is a particular type of cell degradation in wireless networks. In practice such cell outage leads to the lack of network service and sometimes it can be revealed only after multiple user complains by an operator. We worked on a data mining framework and experimented with several anomaly detection algorithms to detect this type of outages.

Cloud computing has opened the path to more on-line service oriented business models. Customers are interacting with enterprises’ digital systems trough a multitude of interfaces. We regard each of these possible interfaces as a communication channel and investigated how users could get a less fragmented experience.

I have been working as a trainee and junior researcher in the UBIWARE project. The aim of the project was to create a new generation middleware platform which will allowed creation of self-managed complex industrial systems. These systems can consist of distributed, heterogeneous, shared and reusable components of different nature, like smart machines and devices, sensors, actuators, RFIDs, web-services, software components and applications, humans, etc.

The platform was implemented as a Multi-Agent System where agents’ beliefs, desires, intentions and communication are encoded using the Semantic Agent Programming Language (S-APL).

In the field of agent communications uncertainty and vagueness in the message content and in the achievable results play a primordial role when two agents (human or artificial) communicate. Even though the importance of vagueness and uncertainty has been recognized long ago, only recently mechanisms related to the communications’ semantics that allow a practical approach have been designed. In our work we sketch how theoretical ideas borrowed from situation semantics theory and the works of Sutton on semantic information can be applied in the field of multi-agent systems, using the semantic-agent programming language (S-APL).

We did an investigation and developed a prototype for the integration of social network profiles and updates as part of our activities in the Cloud Software Program.

We worked on a way to analyze human resource data in a semantic way. The goal was to find candidates with a suitable profile from within the organization. For this task we used semantic relationships between competences and ways to determine missing data in the dataset. The work was done in collaboration with Tieto Oy.

In this research effort we analyzed how computer science students use version control systems and what the major sources of confusion are. I also contributed to a paper in which we studied issues encountered when students study in a self-directed manner. 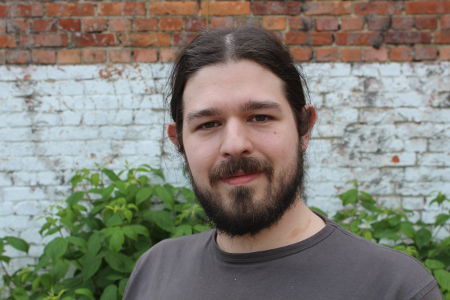 I am an Assistant Professor in the Knowledge Representation and Reasoning group at the Vrije Universiteit Amsterdam. The subjects covered in my research are related to